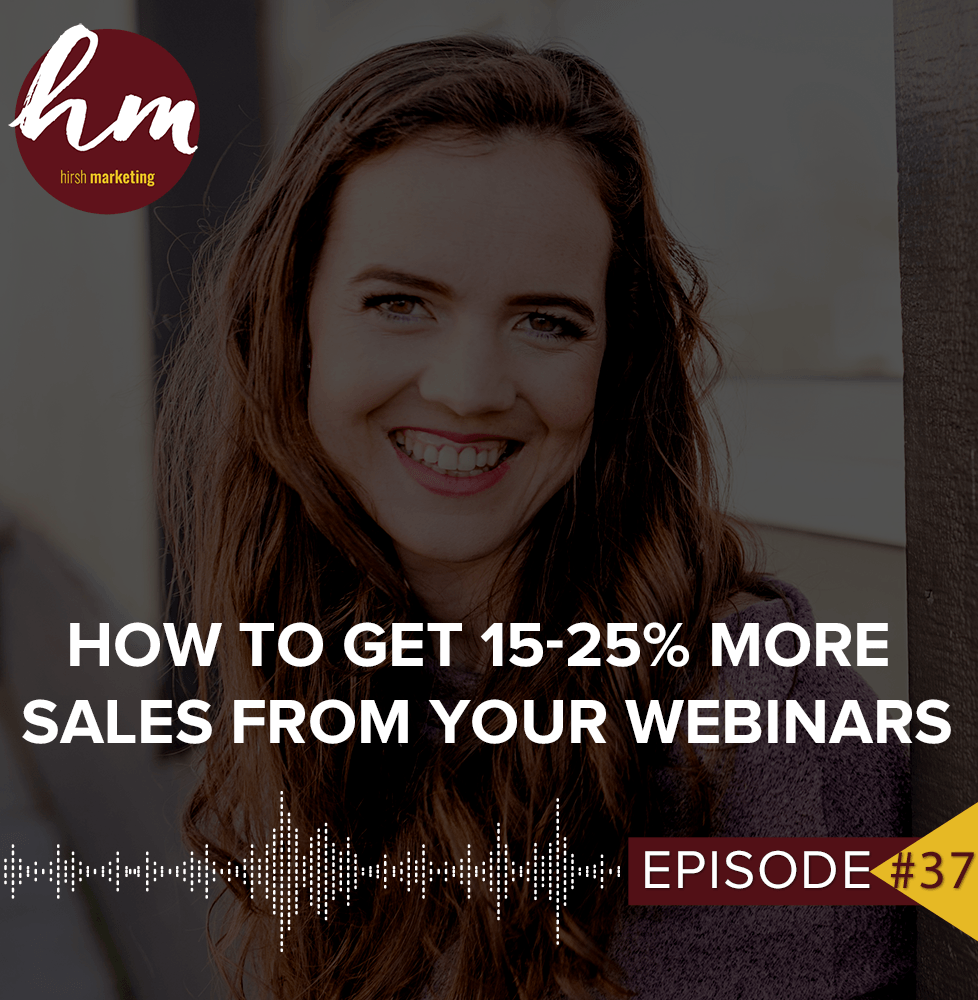 You’ve done the work to get the right people signed up for your webinar. They watched or they didn’t – but now they’re on your list! What’s next? How can you build up that ROI? On this episode I’m sharing the genius strategy behind our automated 90-day nurture sequence that happens AFTER the webinar ends. (This strategy has proven to increase sales by 15-25 percent for our clients!)

Tune into this quick, 10-minute episode for the simple strategy you need to increase sales after the webinar. And, if you have any mind-blowing takeaways, remember to share those on your IG stories and tag @emilyhirsh for a shoutout!

In today’s episode, I am going to talk to you about how to increase the value of your webinar attendees or your webinar registrants. This is a strategy that I’m obsessed with, way too many people don’t use, and I think it’s amazing. One thing that a lot of people do is they focus so much on getting the webinar registrants, and then those registrants just sit on their list. It’s like, you already paid for these people. Yeah, you’ve offered them the webinar once or the sale once, but now what?

How do we leverage them, and how do we get more value out of them, and how do we, over time, build up the ROI from the initial ad spend that you put out to get those webinar registrants? The way we do it with our clients is through a 90-day nurturing series that is tied with both email and Facebook Ads. What this basically means is, you’ve got webinar registrants. They came in. They signed up for a webinar, and they either attended or they didn’t attend. They’ve probably gone through a series based on that. I’m not going to get into that what we do with the replay and everything on this episode, but they’ve gone through that series.

They’ve been potentially offered your offering and they haven’t bought, and now they’re just on your list. What do you do with them? We build in an intentional 90-day nurture sequence that basically nurtures them with really intentional content, I’ll get into that in a second, and then also has built in two flash sales or opens. Whatever you said on your webinar, if it was like, … “You get $X amount off for the next 48 or 72 hours from the webinar,” or the doors actually close three days after the webinar and you’ve got deadline funnel redirecting. You do that again in two 48-hour periods in your 90-day nurturing sequence.

This lead comes in. They register. They go through that initial series and they’re on your list, and they haven’t bought yet. This is really for the people who haven’t bought obviously. They start to get nurture emails. When I say ‘intentional content,’ I mean I want you to sit there and I want you to write down and think about, “What does a lead need to hear in order to be willing and ready to buy from me?” Like, is it a story about a client success? Is it information in your industry that they need to understand and learn about? Is it information about you so they can build trust? Like, really think, what content wins people over? When they hear this, they want to buy. But you’re not pitching them.

If it’s, for example, a client story, you would just have an email that would be like, “I want to tell you about Cindy who, she was broke and wanted to start her own business. Then she came to me,” and like really get into the emotions, “and then she came in and she took this,” you can mention the course, “she took the course and then this what been the result of her implementing the course.” You’re not selling it, because here’s the thing, you’re going to think, “Oh my gosh, but I should sell it.” You want them to be a little bit hungry, like a little bit FOMO of like, “I missed out. I didn’t buy that course.” You’re telling the story. You can seed the product.

You shouldn’t do it in every email, but you can still seed your offering in there and like, mention it, mention student success, or maybe you tell your story. The key is that it has to be emotionally connecting. It has to really speak to pain points and problems of your ideal client, and it should really focus on whatever it is they need to hear to be convinced to then buy from you. What is it? Plan that out. Over the 90 days, you’ll have about 12 nurturing emails. We don’t do a ton. We get to a point where they’re spaced out week after week. You’ll have 10-12 nurturing emails that you build in there that people will get, and then within that 90-day nurture is also a 48-hour flash sale.

Usually we do it after the first month, so they’ll get like, four nurture emails and then a 48 hour flash sale. Then they’ll get another six nurture emails-ish and then … Let’s see. 45 days. No. If it’s 90 days, it’s a month and a half out. No, it’s two and a half months out. Yeah, after the 30 days, you go another month and a half, so that’s another 45 days. Yeah. You’re going 75 days total. Sorry. After the first 30 days, you build in a flash sale. Then after the 45 days after that, so 75 days total, you build in another flash sale, or you can do it at the end of the 90 days. It’s really up to you and what feels like the best strategy. We’ve done both. You’re sending them through nurturing in between.

You’ve got nurture, nurture, nurture, nurture, flash open or flash sale. 48 hours, about five sales emails, urgency because it really is only open like … We’ve done it in the past where we have specific links for each sale so that we can put deadline funnel on it, because you don’t want to lie. You actually want it to shut down after the 48 hours. If you’re going to close your course or you’re going to raise the price again, whatever it is, like I usually mirror the offer on the webinar as like, “So many people have been emailing and want one more chance to get in. We want to give you that chance, but we can’t make it available forever. You have the next 48 hours to take advantage of this.”
Flash sale, push them in there, and then nurture, nurture, nurture, nurture, nurture, and do it again. Then after that, they go on your regular list and hopefully get regular mailings. But this is the thing is like, it’s all automated once you write the emails. It should be all automated. People just flow in. They go into this email series and then you’ve got automated flash sales going out to these people. We’ve seen an increase in 15-25% of sales from this from some of our clients, which is amazing. Especially if you’re in a market where you target consumers, moms, like people who take a little it of time and trust to be able to want to buy need that extra nurturing to be able to buy.

Now here’s where the ads piece comes in. At the same time that they’re getting nurture content through the email, you could have videos that you show them. This is so genius, I can’t believe I’m giving this away on a podcast. You show them those videos at the same time on Facebook, the nurturing videos. Video view ads, you can time it based on when they’ve been on the ‘thank you’ page of the webinar. It’s again, all automated, it shows them these videos. We actually do a lot, because we don’t want to show the same ones. We have clients just do Facebook Lives and we keep putting it in this library of videos to show as nurturing. Show them the videos, and then show them the flash sale ads.

It can all be timed based on when they visited the ‘thank you’ page of the webinar. If you do it right with Facebook Ads, it can be all be timed. At the same time they’re getting nurture emails, they’re also seeing nurturing content and videos on your Facebook Ads, and then they’re getting these flash sales, they’re seeing flash sale ads. Ideally, make a video for the flash sale ads, because they’ve been watching you on video and they’ll respond to that. Like I said, you can increase your sales 15 to 25%. Like, we have seen that happen. Because people are getting these webinar registrants and then they’re just sitting on their list and they’re not doing anything with them.

This will let you squeeze that value out of them. It also is such a core concept of mine, which is long game. Because, you’re going to get these people in, and you’re going to get maybe 1-2% of total registrants to your webinar will buy, but then what about the rest of those people? How are you going to leverage on them? Start also tracking. If you do this, I want you to track all your buyers and the average time they’ve been on your list. Because, if you see that people hang out on your list for an average time of three months, you can use that data to say, “Okay. I need to do some list building before a big launch, because I need them to be on my list X amount of times.”

Bottom line key here is, don’t just stop doing anything with your webinar registrants after they’ve gone through your initial short sequence from your webinar. Instead, build in an automated nurturing sequence and Facebook Ads to squeeze that ROI out of what you’ve already paid for. That’s the key. That’s why the video ads and the flash sale ad, they’ll be so cheap because you already paid for these registrants. They’re already on your list. Hopefully that was helpful. If you want this obviously implemented for you, you want other strategies like this, go to helpmystrategy.com and apply to work with The Hirsh Team today. 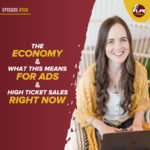 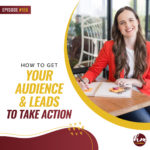 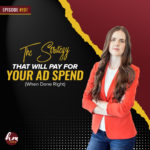 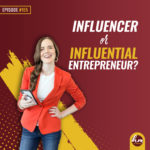 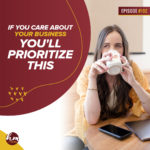 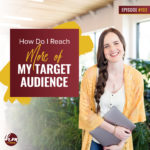 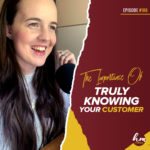 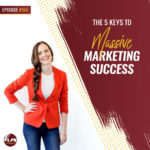 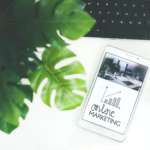 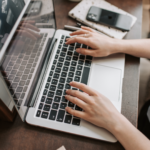